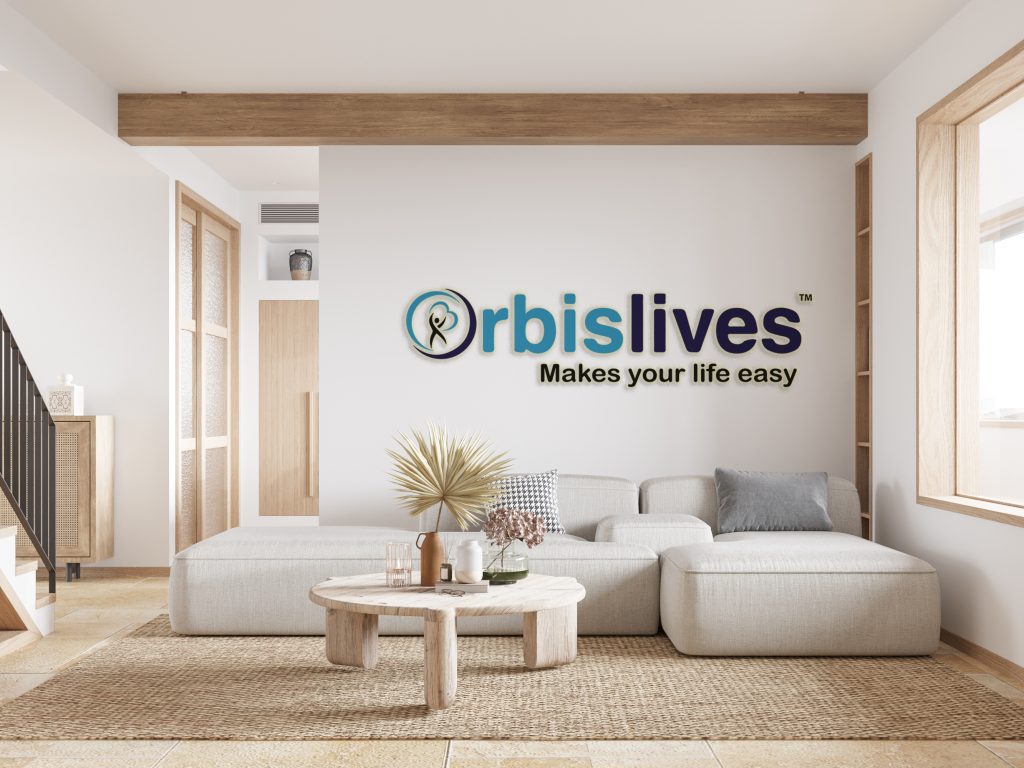 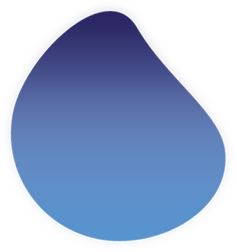 Orbislives is one of the fast growing service company in India. We offer varieties of services in Construction, Home, education, Legal, Information Technology, business solutions and healthcare industries. Thanks to our philosophy of Make in India, extensive skilled & professional service network with world class quality. Headquartered at Cochin, Kerala, with its widely spread services, committed to strengthening India’s service sector backbone with our varieties of services.

We are a one stop solution for all your service requirements, which helps customers hire quality professionals to avail their services without any hustle. We make sure that our customers are served with no negligence in service with a value for money service. We don’t compromise on our quality for we do believe quality is the best way to satisfy a customer. Our work process is simplified, transparent and organized so that our customer don’t find any difficulty with the service we provide. We also introduce an app to serve our customer better with an ease of a click to book our service. We welcome you to allow us to serve you the best.

Our mission is to become a long-term leading quality service consultant by consistently delivering best-in-class innovative consulting solutions, business solutions, and technology solutions that will bring remarkable results and help our customers to achieve their aspiration.

Our vision is to become the trusted consulting partner of all the service we provide to the professionals & customers that will make a real difference in the success of our associates. 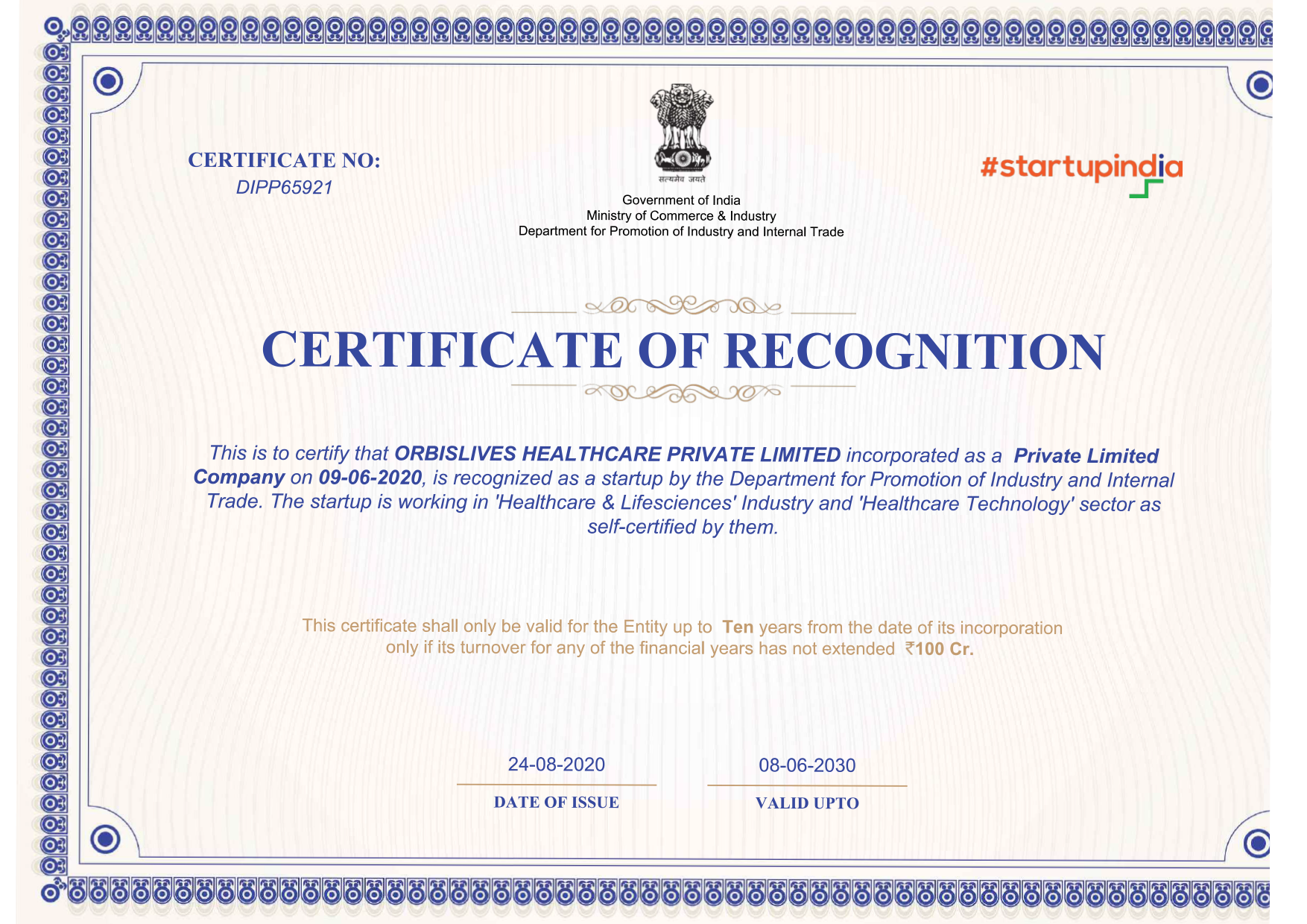 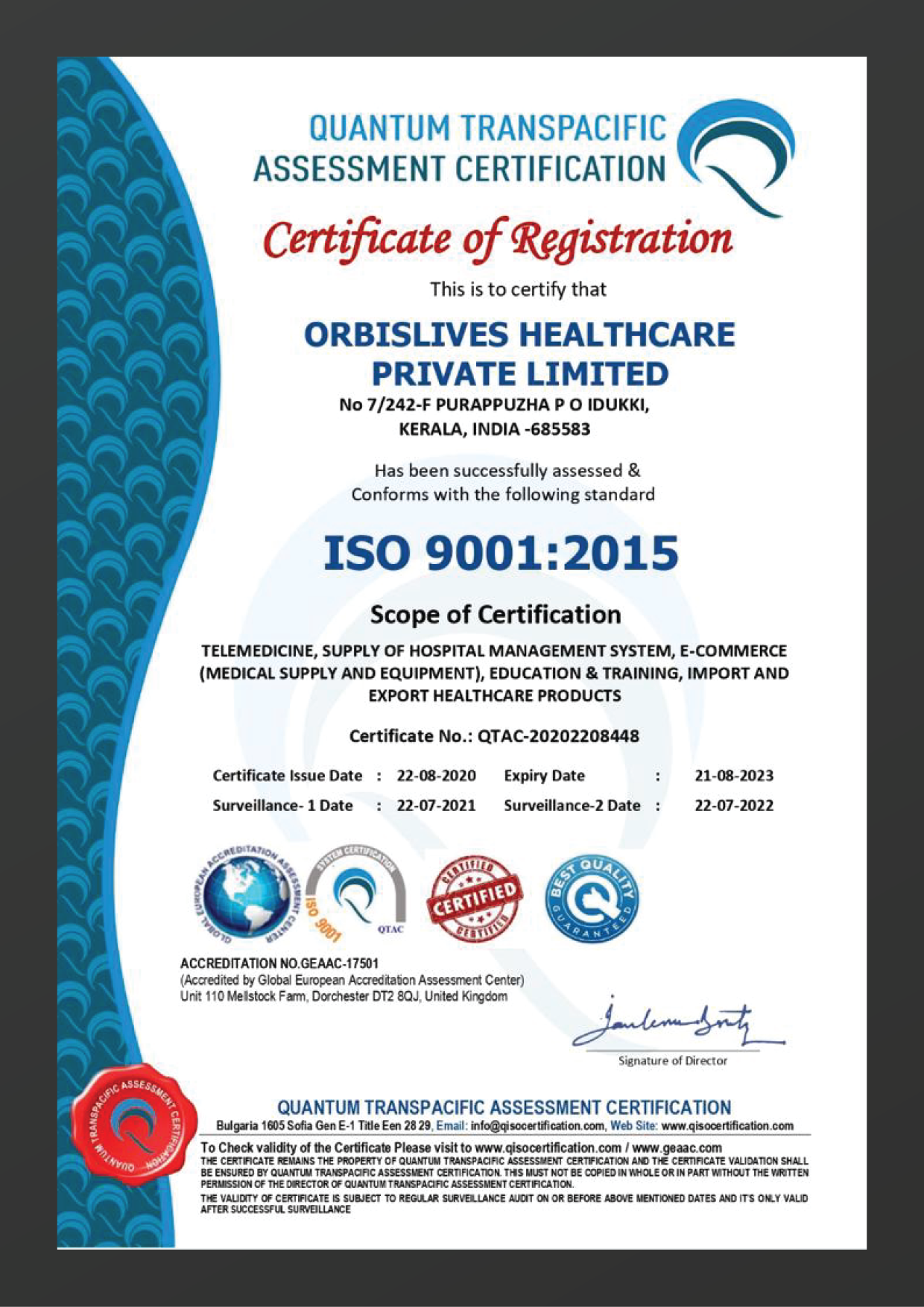 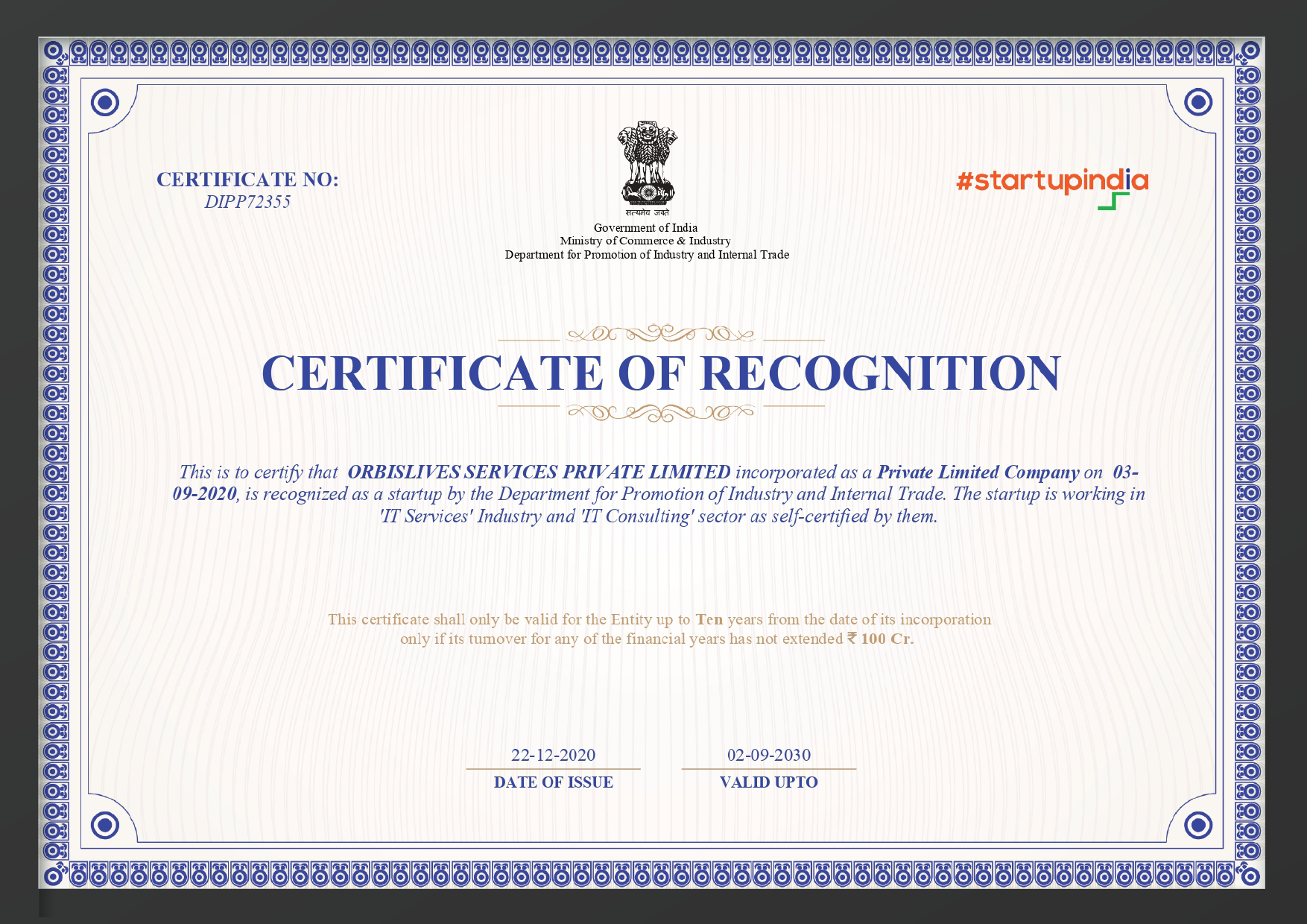 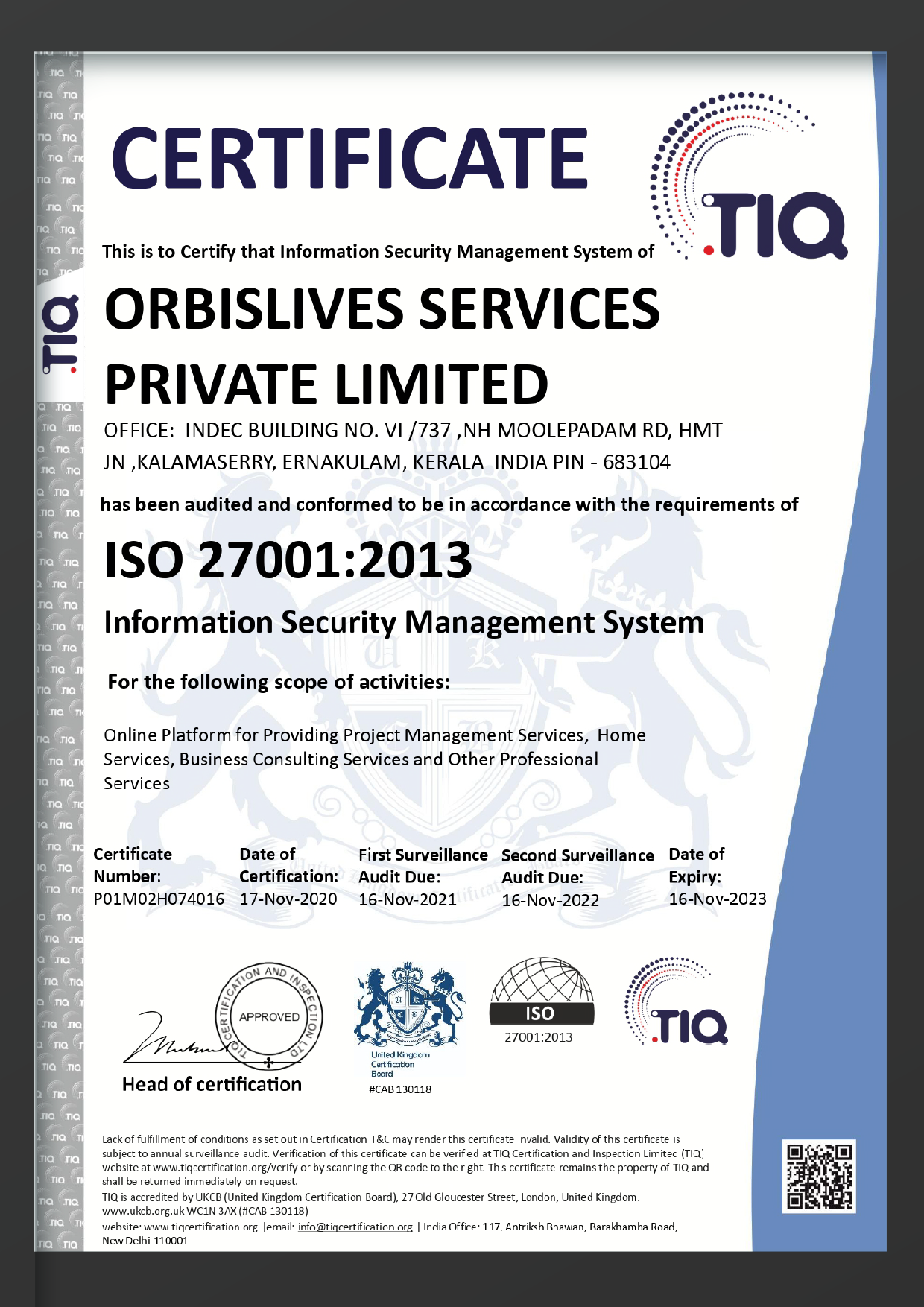 ORBISLIVES is committed to providing quality work to our customers that meets the project standards and specifications for materials, workmanship, tolerances, schedules and public service while maintaining profitability and competitiveness.

ORBISLIVES seeks to achieve quality by instilling the principle of “Building to Last” in the efforts of all levels of staff.

ORBISLIVES ensures continual improvement through quality processes which are directed by a strong management team. 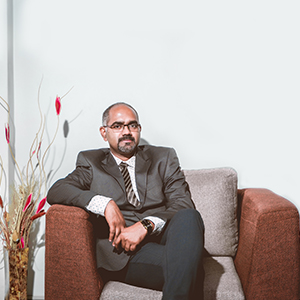 The creator of Orbislives& Serveeto, his vision for the well-being of the people forged the Company.

He is an accomplished athlete and an international Marathoner, participated in 3 international marathons and 6 Half Marathons worldwide.

A personal note : “Stop waiting for things to happen. Go out and make them happen”. 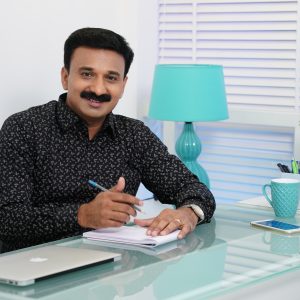 He is the founder and CEO of CORPORETTA, leading training organization in South India & ROLDANT REJUVENATION, a unique Behavioural Makeover Studio. He is rendering the service as Chief Consultant Psychologist in Dept. of Psychology, Counselling & Coaching at Sunrise Institute of Medical Sciences, a tertiary multispecialty hospital in Kakkanad, Kochi, Kerala. He is also rendering his service as Chief Consultant Psychologist in the Mind Grooming Studio under Cochin University of Science And Technology (CUSAT), Kochi.

Asean Business Excellence Award winner Psy. Vipin Roldant is a proven achiever and a contributor in the fields from Psychology to personal coaching and to training with multi-faced talents like column writing, acting etc… Through Practice and experience Psy. Vipin Roldant is well known as Peak Performance Coach and Behavioural Training Specialist in five major specialities of Psychology such as Education, Family, corporate, sports and Media. 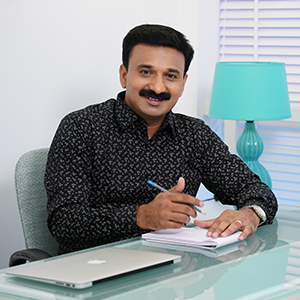 He was the winner of TV New Dream Setter’s ‘Trainer Excellence Award’ for the outstanding contribution in Professional Training. He was the Sports Psychologist of Kerala Team in the National Games conducted in February 2015.

He is the educational and career consultant of “Horizon”, educational exhibitions all over Kerala and “Look Up, Get Up and Take Up Revolution” organized by Malayala Manorama. He is the consultant of (CII) and the Behavioural Coach of CEOS of different corporate groups. He is one among the faculty member of Vijayee Bhava entrepreneurship development program by Sri. Kochouseph Chittilappilly.Exclusive Mental Coaching Plan was designed by him for Bollywood star Sharukh Khan’s team Kolkata Knight Riders in the Indian Premier League (IPL) Tournament. Kerala Strikers Captained by Megastar Mohanlal & played by film stars from Malayalam film fraternity in Celebrity Cricket League (CCL) was trained by Psy.Vipin Roldant in his capacity as Mental Coach & Psychological trainer.

“Real Madrid FC” (100 years old great Spanish football club) had accepted the Mental Coaching Package designed by Psy.Vipin Roldant for enhancing the performance of their players. Tinu Yohanaan, Sreesanth & Sanju.V.Samson who got the opportunity to be in Indian Cricket Team had gone through the Psychological Training of Vipin Roldant.

He is a columnist in Mathrubhumi Arogyamasika and Manorama Arogyam , health magazines in Kerala. He is the auther of the best seller ‘Jeevitha Vijayathilek Oru U Turn’ published by Mathrubhumi Books. He was the ‘Psychological Judge’ of the reality show “Veruthe Alla Bharya” in Mazhavil Manorama and was the Chief Permanent Judge for the programs “Junior Genius” and “Vanitharatnam” in Amritha TV. 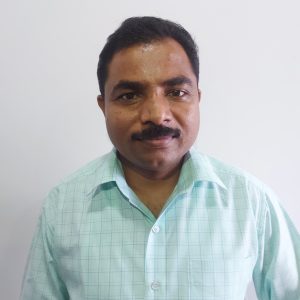 Masters Degree in Finance and Commerce having more than 18 years of executive experience in planning, implementation, managing and running of all the finance activities of a company, including business planning, budgeting, forecasting and negotiations.

Passionate to help business / Company to achieve its goals and increase wealth and value of Business.

He strongly believe that “actions speak much louder than words”. Whether you’re managing a business or leading a team, people pay much more attention to what you do and how hard you work vs what you say or how you say it. 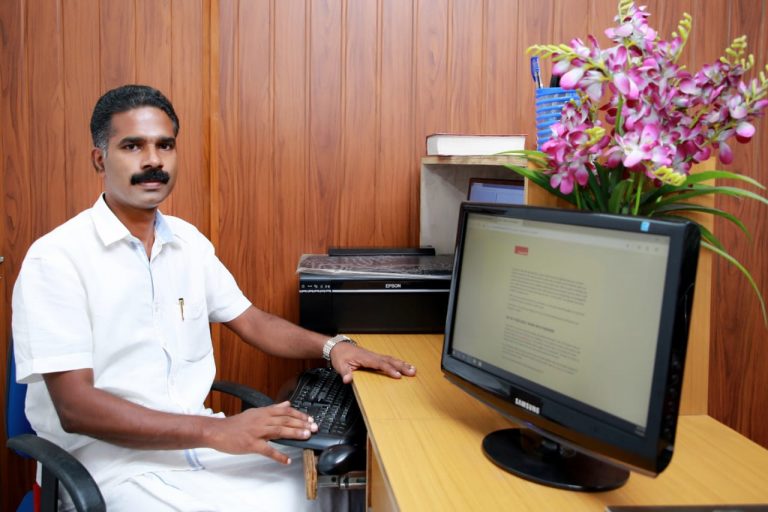 He has 2 decades of experience in the construction industry. He is a PWD B class contractor and proprietor of JJ Contractors. He is the driving force for propelling the growth engine and yielding profitable results for the Company. He is a supply-chain professional having 20 years of experience in oil and gas industries. He strongly believes in “you don’t build a business. You build people, then people build business.” He has more than 8 years of experiences in various sectors of business. He has served as Marketing Manager, Asset Manager, System Admin, HR Recruiter in various company’s over the decades. He is the founder of Elise Enterprises. He manages the HR, Admin, marketing and operations. He strongly believes in “Nothing is impossible, even the word IMPOSSIBLE says I M POSSIBLE” He is having 15 years of experiences in the field. He has profound knowledge in business development focused to improve the company’s sales. He strongly believes the words “When you have confidence, you can do anything.”

To make your claim contact us on given social platforms.